The masters introduced in JEONJU IFF this year are remarkably diverse. There are films that transcend time, very old films even after the death of the most noteworthy director in this period.

Bold American director Abel FERRARA produced two films in the past year. Siberia is a story of a man working at a quiet bar in a mountain covered with snow. He sometimes falls into a state of limbo that may be a fantasy. The metaphysical and pure fantasy images stand out in the film. Tommaso captures the life of an American director staying in Rome. The director, who was living a happy simple life, loses his composure when he sees his wife have an affair whether true or an illusion. Both films feature FERRARA’s alter ego Willem DAFOE as the leading role.

THE TANGO OF THE WINDOWER and its distorting mirror is a new film by Chilean master Raul RUIZ, who died in 2011. The film, which started filming in 1967, remained unfinished, but thanks to the hard work by his wife and editor Valeria SARMIENTO, it finally sees light in 50 years. Borrowing its title and spirit of Pablo NERUDA’s poem, the film depicts a man suffering from the ghost of his wife who committed suicide. There is also A Grin without a Cat, 1977 film by French director Chris MARKER, who opened a new dimension in documentary. This version was digitally remastered for the 99th anniversary of his birth. Documenting the political struggles in Europe and South America in the 1960s and 1970s, this film shows the birth of the New Left in a personal essay from.

Japanese director SUWA Nobuhiro proves that the film can function as a ceremony through his new film Voices in the Wind. It is a story that connects the wounds of the Great East Japan Earthquake of 2011 with the wounds of the Hiroshima atomic bomb and the sense of loss of the Kurds. This road movie, which follows Haru’s journey to her hometown, is a coming-of-age story of a young girl and a kind of ritual in honor of the earthquake victims. In particular, the long take towards the end of the film where Haru speaks into ‘the wind phone’ to communicate with the deceased is the highlight of the ceremony.

Medium by Argentine master Edgardo COZARINSKY is a unique documentary about 93-year-old pianist Margarita FERNANDEZ. Wilcox by Canadian director Denis CÔTÉ is a feature film that tells the story of a quiet vagabond out of social norms using radical cinematic grammar. I Never Climbed the Provincia by Chilean director Ignacio AGÜERO is a documentary that questions about the rapid changes in the external environment and the unchanging values of life. Danses Macabres, Skeletons And Other Fantasies directed by Pierre LÉON, Rita AZEVEDO GOMES, and Jean Louis SCHEFER is a documentary filmed while traveling around Europe based on the hypothesis of writer and philosopher Jean Louis SCHEFER’s hypothesis of “Danse Macabre,” which started to become popular during the Black Death, staged the invention of modern Europe in the 15th century. 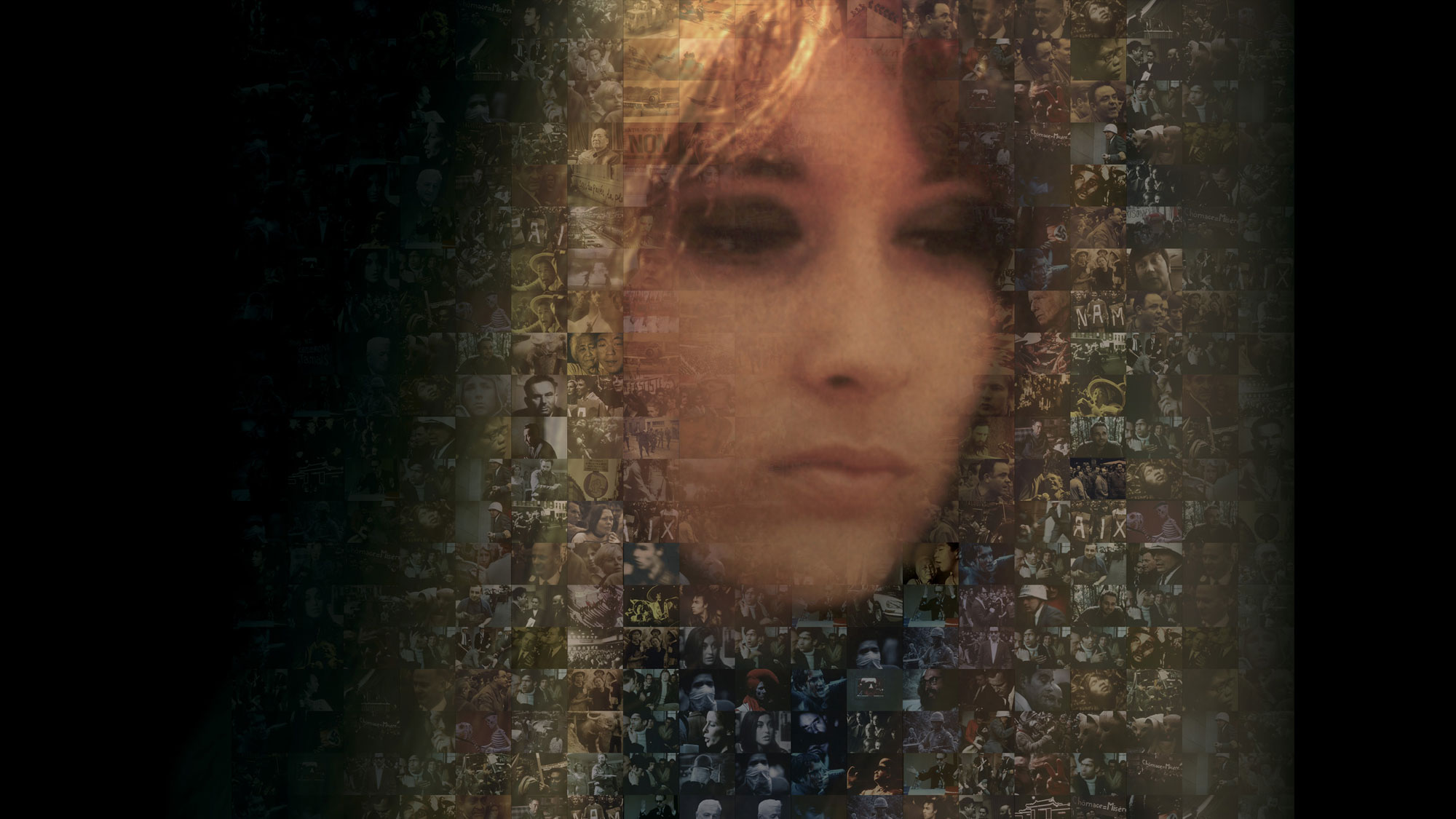 A Grin without a Cat

Chris MARKER was not only a witness to the times, but also an active cinematic doer. Looking back at his wide range of activities, including photo books and exhibitions as well as all possible forms of films, is to dwell on world history besides his personal political and artistic tendencies. A Grin without a Cat, which deals with May 1968 that influenced world history beyond France, is the most political and militant of his films and shows the birth of New Left that emerged as a solution to the...
DirectorChris MARKER
France 1996 178min DCP color/b&w feature Documentary 12 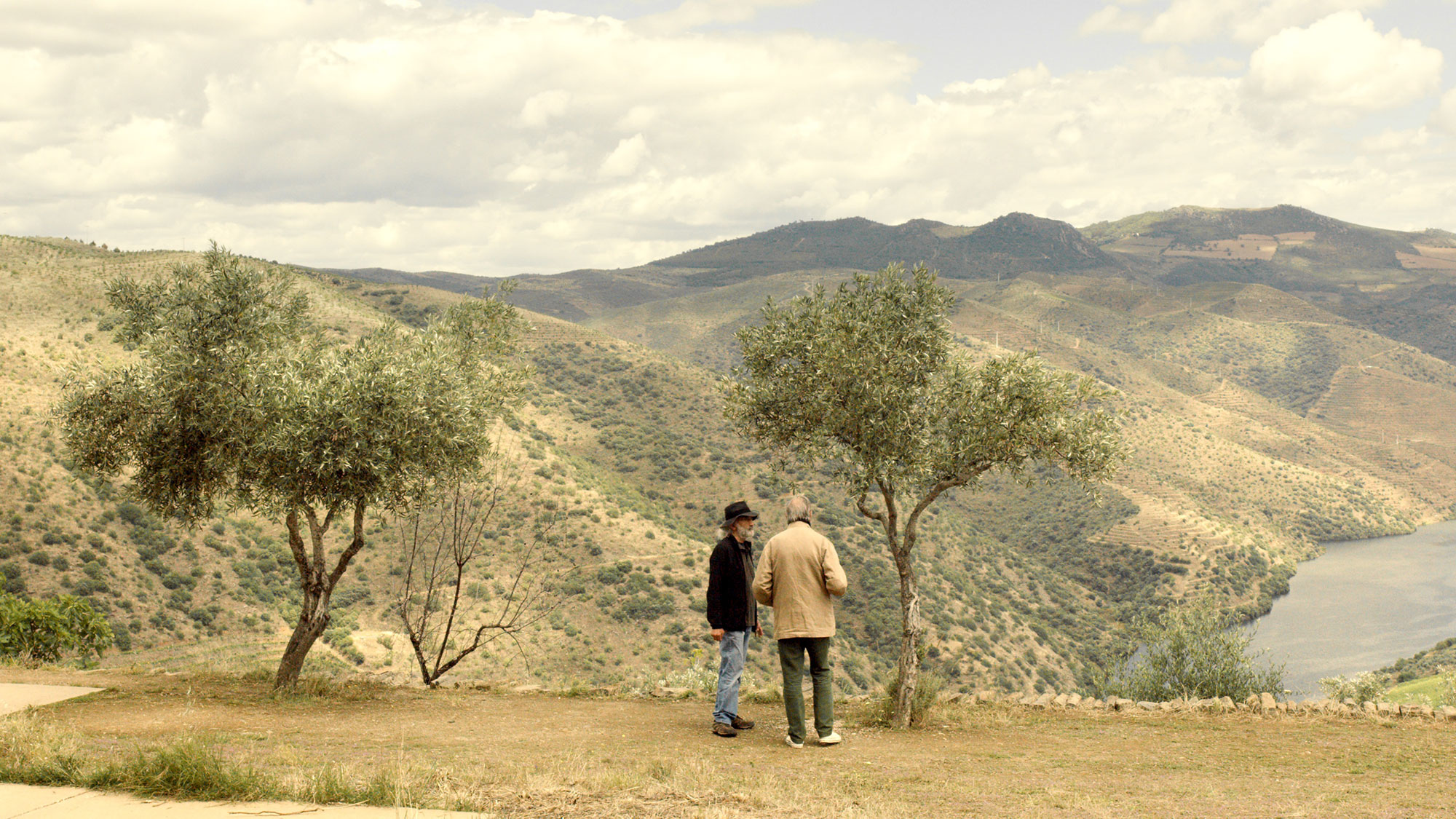 Danses Macabres, Skeletons, And Other Fantasies

What if the Danse Macabre, beyond its grimacing folklore, staged the death of the Middle Ages and the invention of modern Europe in the 15th century? This is the hypothesis of Jean-Louis SCHEFER, a leading French film and image theorist, philosopher, art critic, and writer. Director Rita AEVEDA GOMES and Pierre LÉON traveled around France and Portugal with SCHEFER to capture his thoughts in the form of dialogues. In addition, it gives a feeling of listening in-depth humanities lectures through ...
DirectorPierre LÉON, Rita AZEVEDO GOMES, Jean Louis SCHEFER
France, Portugal 2019 110min DCP color feature Documentary G
Asian Premiere 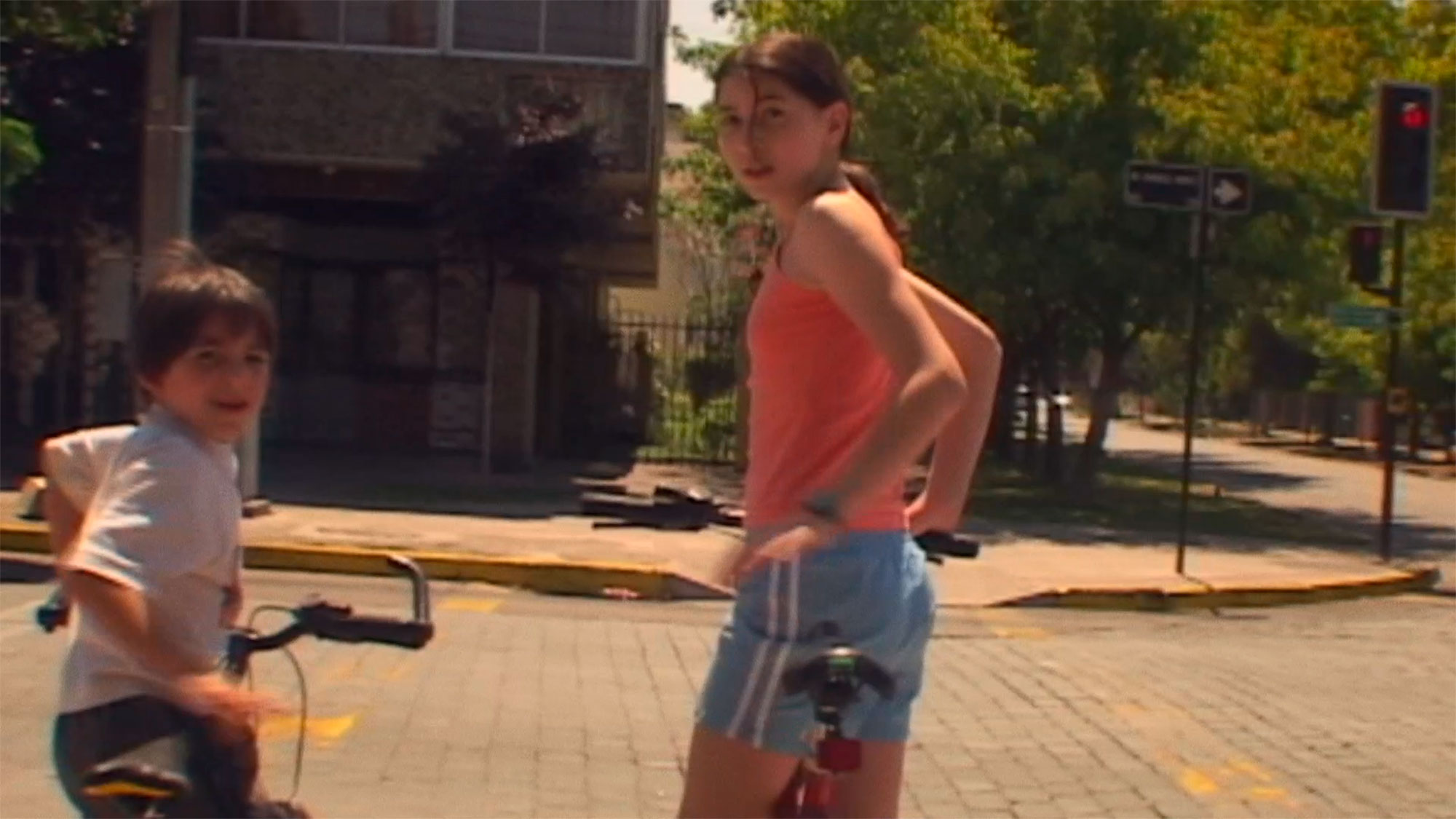 I Never Climbed the Provincia

Every day, a mysterious old couple carrying a bag crosses an intersection. Out of curiosity, the director installs a camera at the intersection with Cerro Provincia of the Andes in the background. The camera captures the changing village scenery – small stores settled for decades are gone and replaced with large company chains and tall building. Then, the director starts looking for past records kept in the house. The film seems like a collection of non-narrative images but by asking questions a...
DirectorIgnacio AGÜERO
Chile 2019 93min DCP color/b&w feature Documentary 12
Asian Premiere 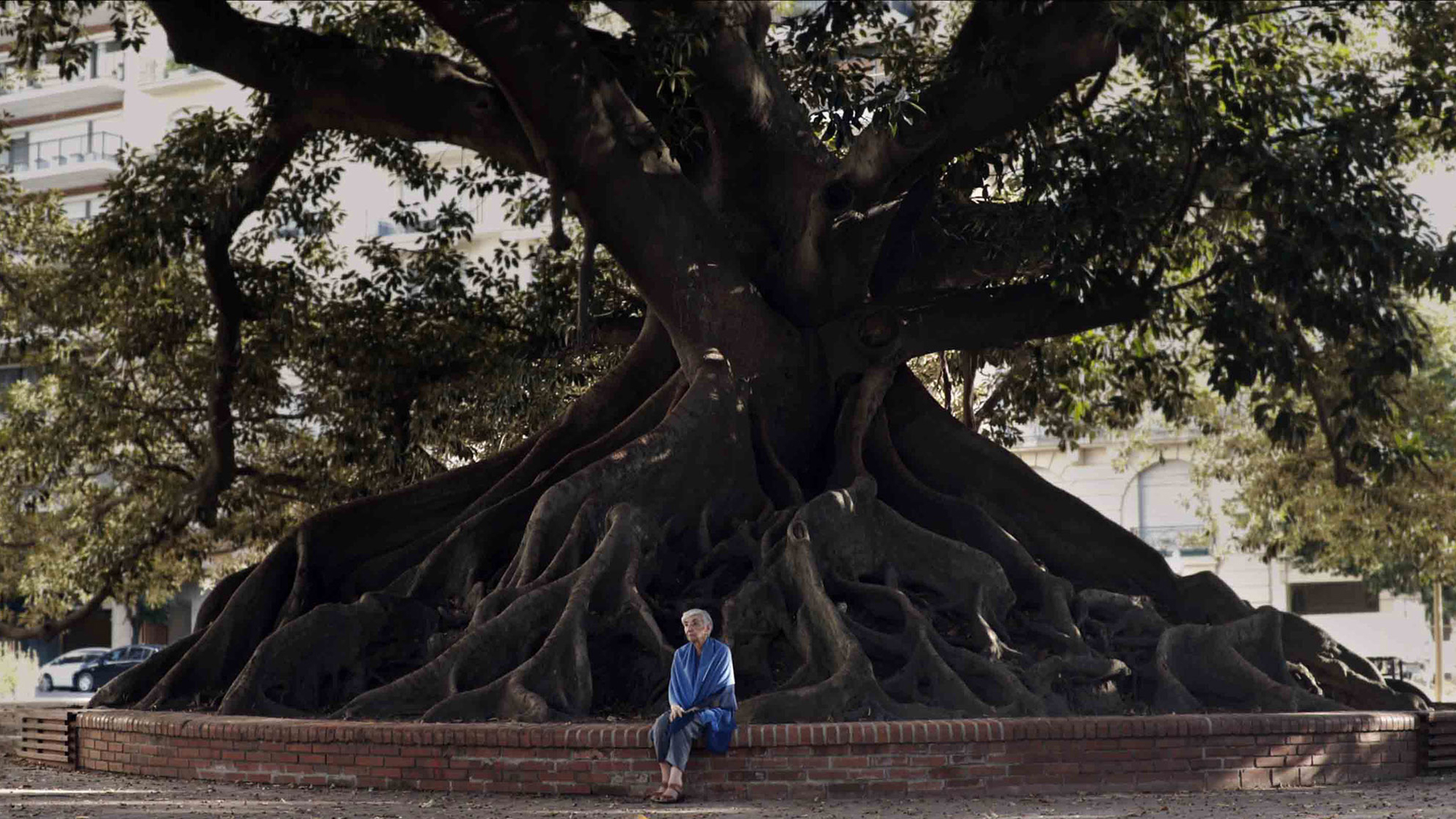 Edgardo COZARINSKY takes the most liberal form of documentary film to tell the story of a 93-year-old pianist Margarita FERNANDEZ. The introduction, which initiates with a full Brahms rendition, is a very superficial starting point for looking at Margarita’s life and art world. Rather than recounting all of her life, the director evokes the convergence where she meets the history of Argentine avant-garde art: the reverberations of music and art, her memories of certain renditions and the footage...
DirectorEdgardo COZARINSKY
Argentina 2020 71min DCP color feature Documentary G
Asian Premiere 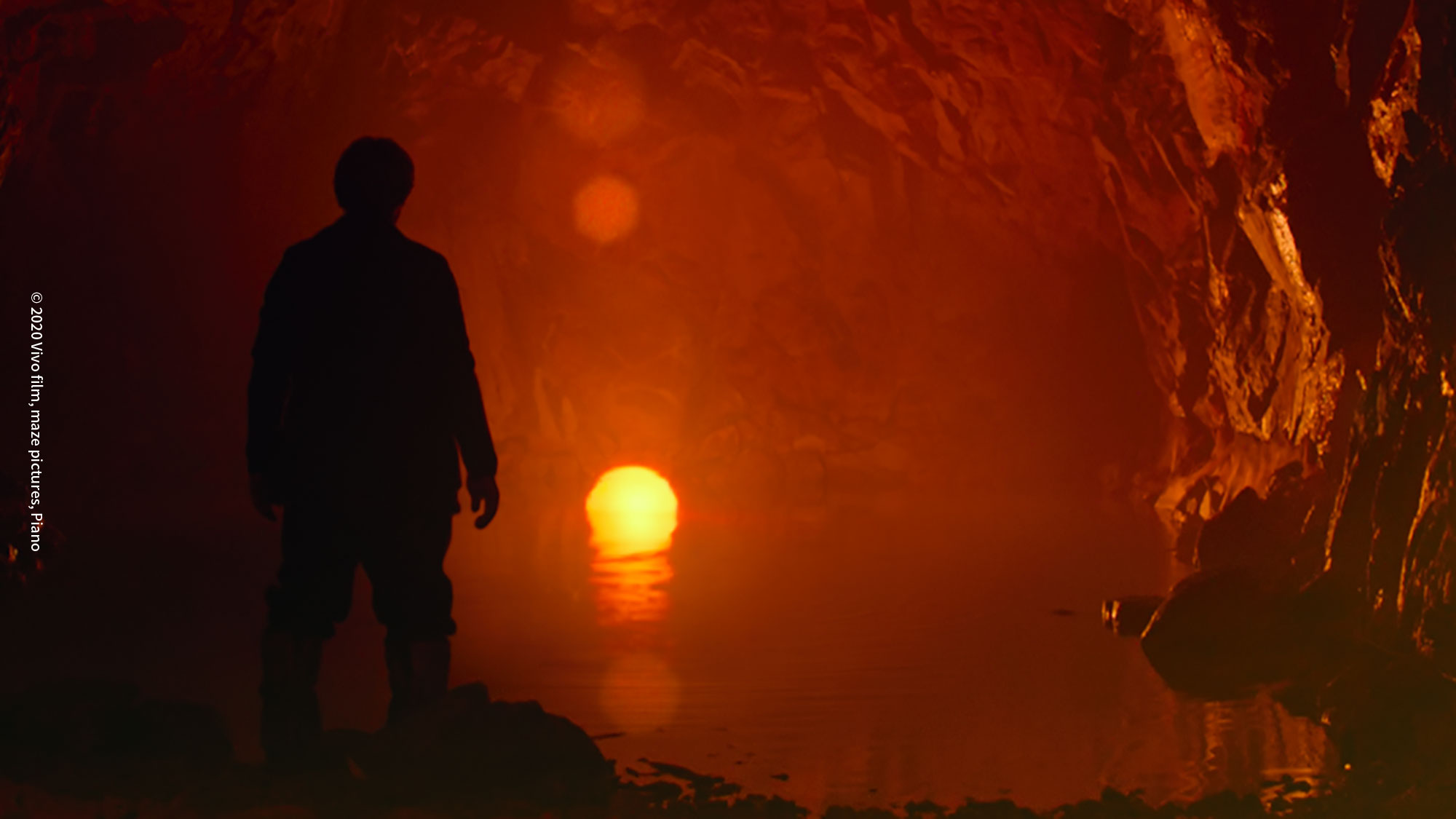 There is a quiet bar in a mountain covered with snow. A man greets infrequent visitors and talks in a language that is not understood fluently. The man, who looks cold and lonely but peaceful, sometimes recognizes that his soul separately moves around, and eventually falls into a state of limbo that may be a dream or a fantasy. Although Siberia begins like a Jack LONDON’s novel that investigates human existence, the film turns into an unpleasant dream or journey to purgatory as the protagonist g...
DirectorAbel FERRARA
Italy, Germany, Mexico 2020 92min DCP color feature Fiction 19
Asian Premiere 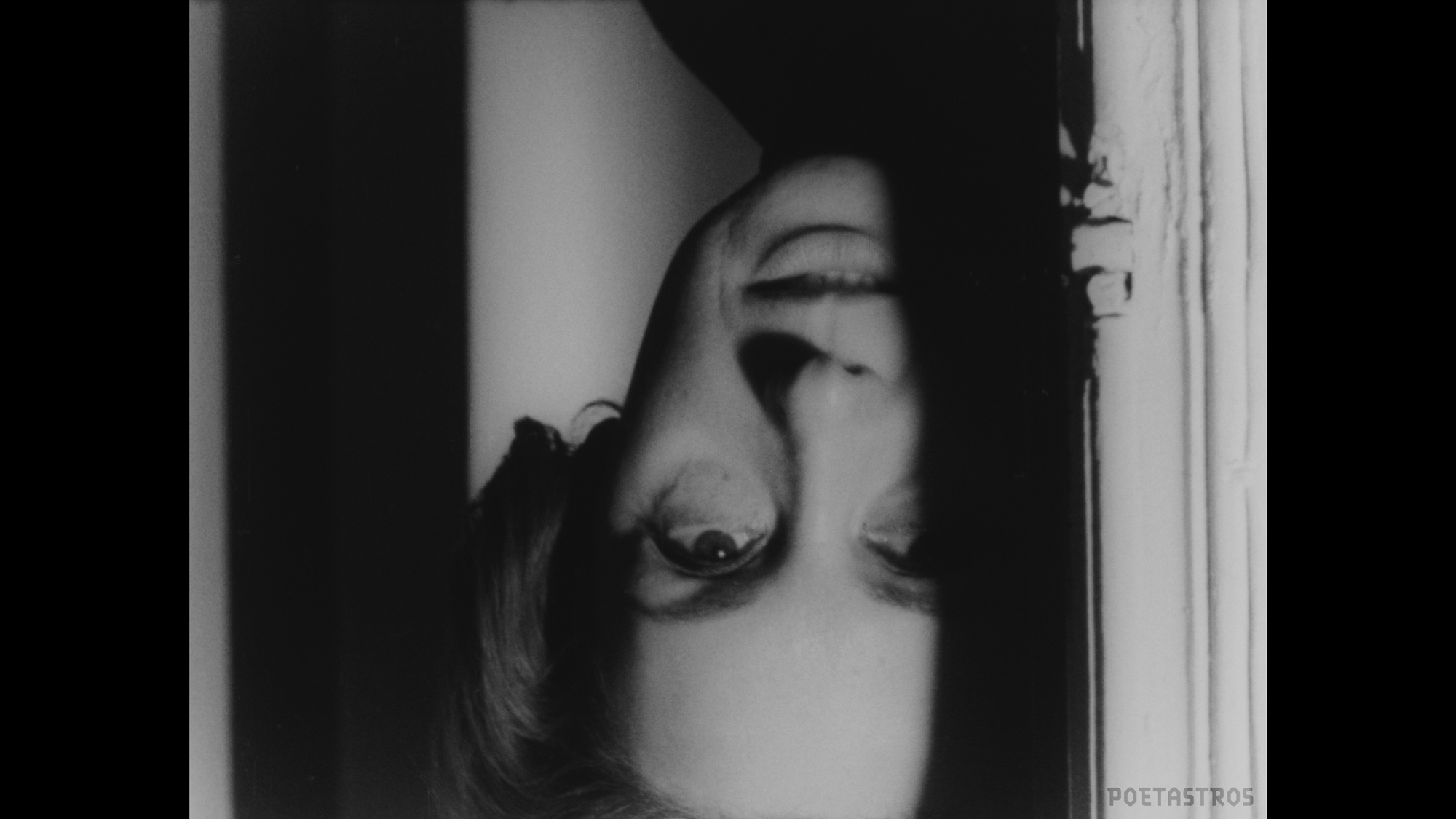 THE TANGO OF THE WIDOWER and its distorting mirror

Raul RUIZ, one of the most creative directors in Chilean film history, made more than 120 films and TV series and deceased in 2011. His films are not only alive in Cinephile’s mind, but seem to continue to increase even after his death, as if they were based on conspiracy theories and surreal imagination. Following the 2017 La Telenovela Errante and this year’s THE TANGO OF THE WIDOWER and its distorting mirror unveiled at Berlin Forum, Realismo Socialista will be released in 2021. Borrowing its...
DirectorRaul RUIZ, Valeria SARMIENTO
Chile 1967~2020 64min DCP b&w feature Fiction G
Asian Premiere 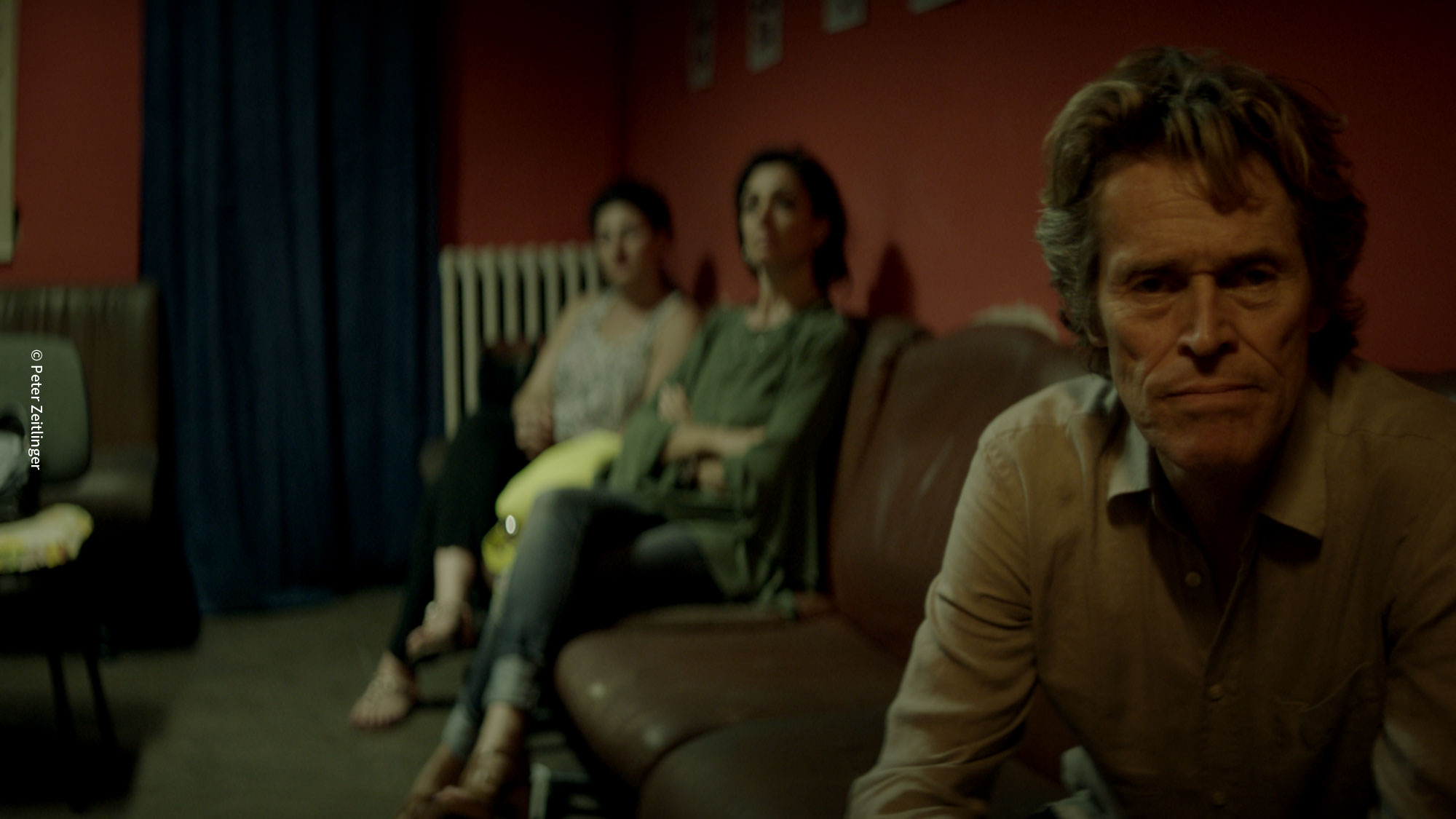 Director Abel FERRARA produced a low-budget film about the daily life of an American director staying in Rome as he awaits investment for his next project Siberia. Tommaso, which combines the style of home movie and psychological drama, is like an autobiography as if the director’s confession was made into a film. One day, because of an image about his wife’s affair whether true or an illusion, he is consumed with jealousy. Then he starts clinging to the past. The film added realism as FERRARA’s...
DirectorAbel FERRARA
Italy 2019 118min DCP color feature Fiction 19
Asian Premiere 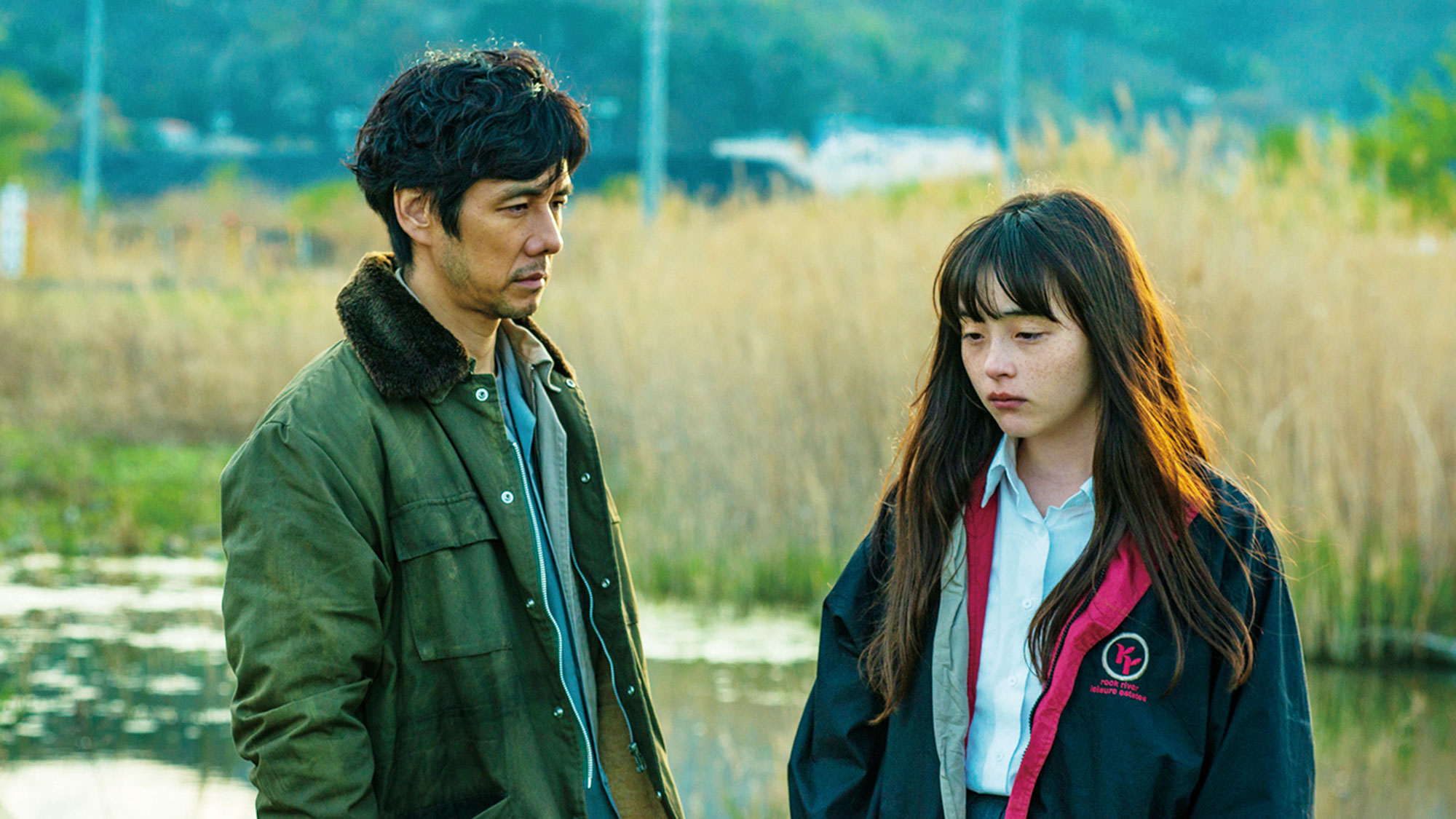 Haru, a former resident of Otsuchi, Iwate Prefecture, lost her family in the Great East Japan Earthquake of 2011, at the age of nine. Ever since, she has been living with her aunt in Hiroshima. When her aunt collapses and becomes hospitalized, she is once again left on her own. Haru starts hitchhiking back to her old home. This road movie follows Haru’s journey from Hiroshima to Iwate. Along the way, she encounters many people who share their life stories and wounds—not only in connection with t...
DirectorSUWA Nobuhiro
Japan 2020 140min DCP color feature Fiction G
Korean Premiere 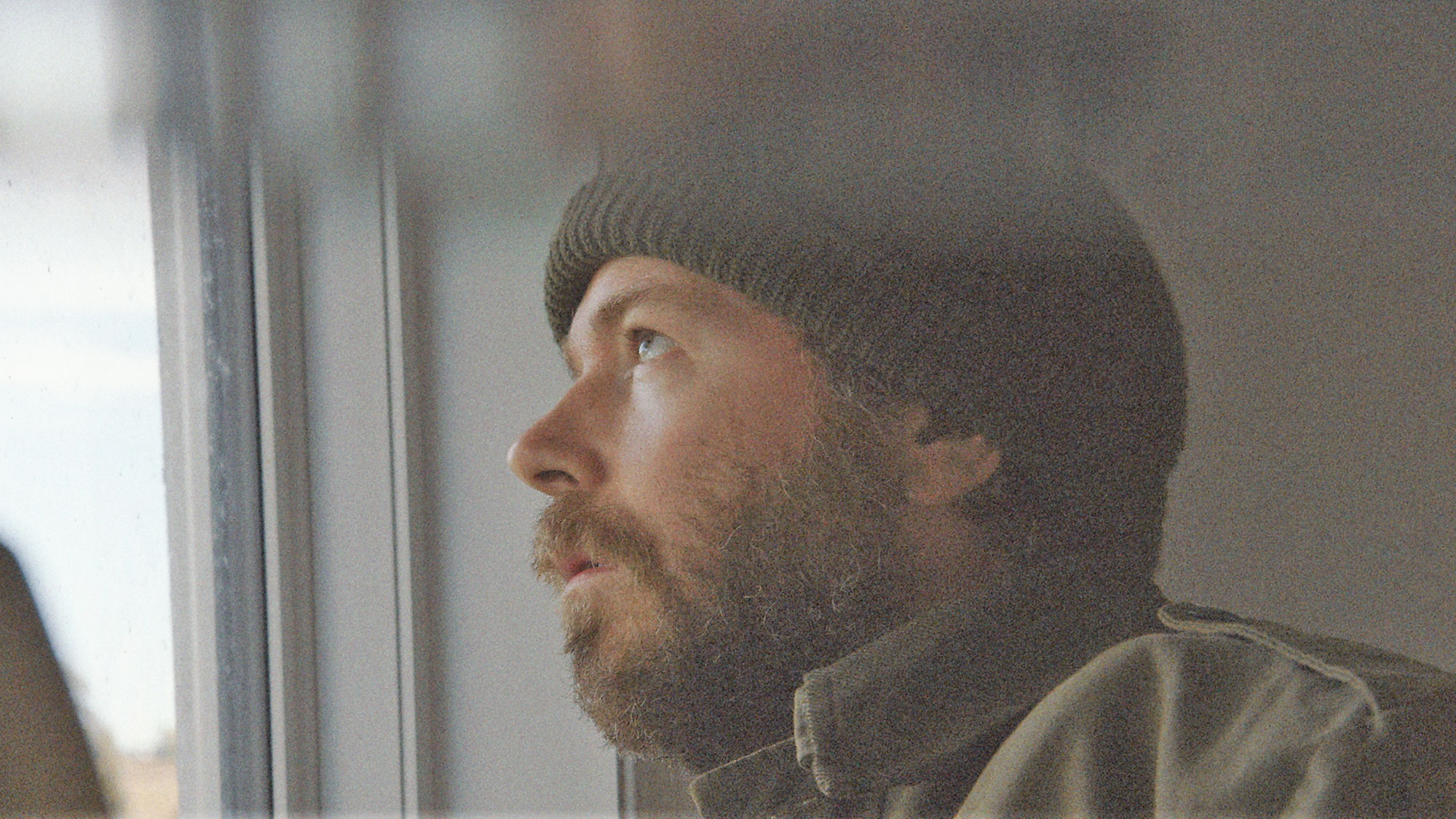 Wilcox is a new film by Denis CȎTÉ who has been acclaimed internationally for his poetic narratives, minimalism, and genre hybrid. Wilcox, an unidentified man, lives by hovering around the countryside, walking along mountains and rivers, sometimes crossing desolate roads to secretly enjoy the benefits of public facilities, and stealing food. He looks like a hero, in a way, who has turned his back on civilization, but on the other hand, like a stray who has no direction. The unstable movements ...
DirectorDenis CÔTÉ
Canada 2019 67min DCP color/b&w feature Fiction G
Korean Premiere
Jeonju Office