This year, the JEONJU International Film Festival has launched a new section: World Cinema Documentary. The section introduces remarkable and diverse documentaries from all around the world.

First, alongside the special exhibition for this year’s edition of the JEONJU IFF, “Quay Brothers: Masters of Puppet Animation,” we would like introduce Athanor - The Alchemical Furnace, featuring the life and works of the Czech master of stop motion animation who had a huge impact on the Quay Brothers. Then there are homages to the master filmmakers who have shaped the history of modern cinema. Babenco: Tell Me When I Die depicts the last years of Héctor BABENCO, the renowned Brazilian director of Kiss of the Spider Woman, who passed away in 2016.

In addition, there are films that guide us through the traces of the works and lives of musicians and artists, such as Beyond the Visible - Hilma af Klint, a documentary about Hilma AF KLINT, a Swedish artist who opened the door to abstract art much earlier than KANDINSKY and MONDRIAN; Once Were Brothers: Robbie Robertson and the Band, which shows us the age of rock and roll as remembered by Robbie ROBERTSON, a Canadian musician who joined Bob DYLAN’s backup band and also left his mark in the history of music as the pioneer of country rock; and Lydia Lunch - The War Is Never Over, which showcases the images of Lydia LUNCH, a singer, poet, actor, and writers who was active in the New York’s no wave scene in the late 1970s.

This section also presents documentaries on historical events. Vivos is a film about the mass disappearance of 43 Mexican students who were attacked by the police in 2014 during the Mexican Drug War, while The Exit of the Trains brings us to face the Jewish holocaust in Romania, where over 10,000 Jewish people died in 1941. And State Funeral takes us through the three-day funeral of Joseph STALIN, who passed away on March 5, 1953.

Other documentaries featured in this section include Un Film Dramatique, is a four-year record of the growth of students at Dora Maar middle school in Paris filmed by Éric BAUDELAIRE, a filmmaker and artist based in France; Harley Queen, a Chilean documentary of a woman who establishes her own identity; and Space Dogs, a unique documentary that unfurls the lives of abandoned dogs of Moscow from the dogs’ perspective. 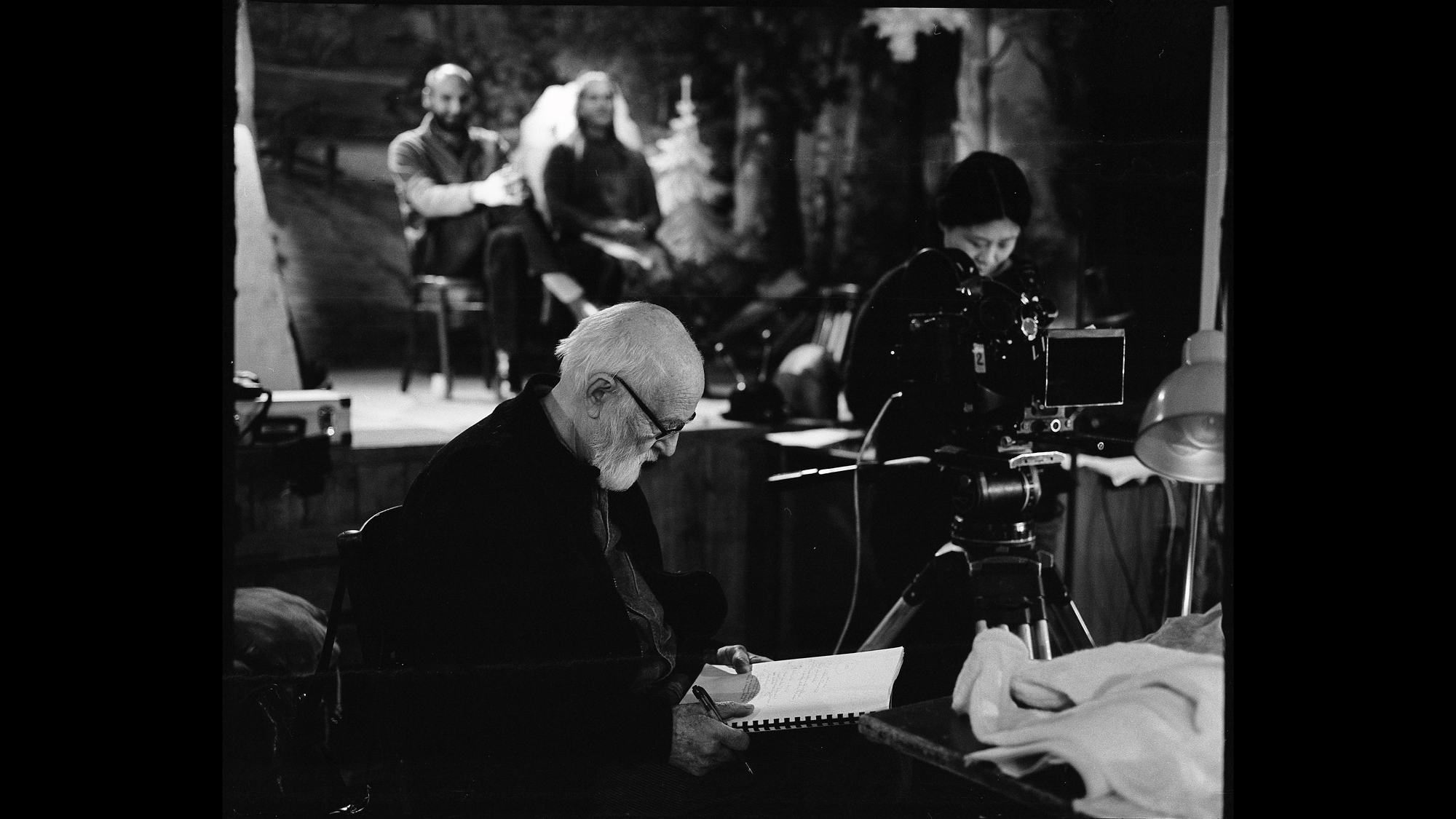 Jan ŠVANKMAJER is a Czech filmmaker, animator, and undoubtedly one of the most prominent artists of European cinema. His unique and surreal styles of directing gave him a reputation as a grandmaster of puppetry and animation. His work has influenced great artists such as Terry GILLIAM and the Quay Brothers. He made more than 30 films, short and long, starting from his first feature The Last Trick (1964) to his last, Insect (2018). The making of Athanor – The Alchemical Furnace was planned after...
DirectorAdam OLHA, Jan DANHEL
Czech Republic 2020 118min DCP color/b&w feature Documentary G
Korean Premiere 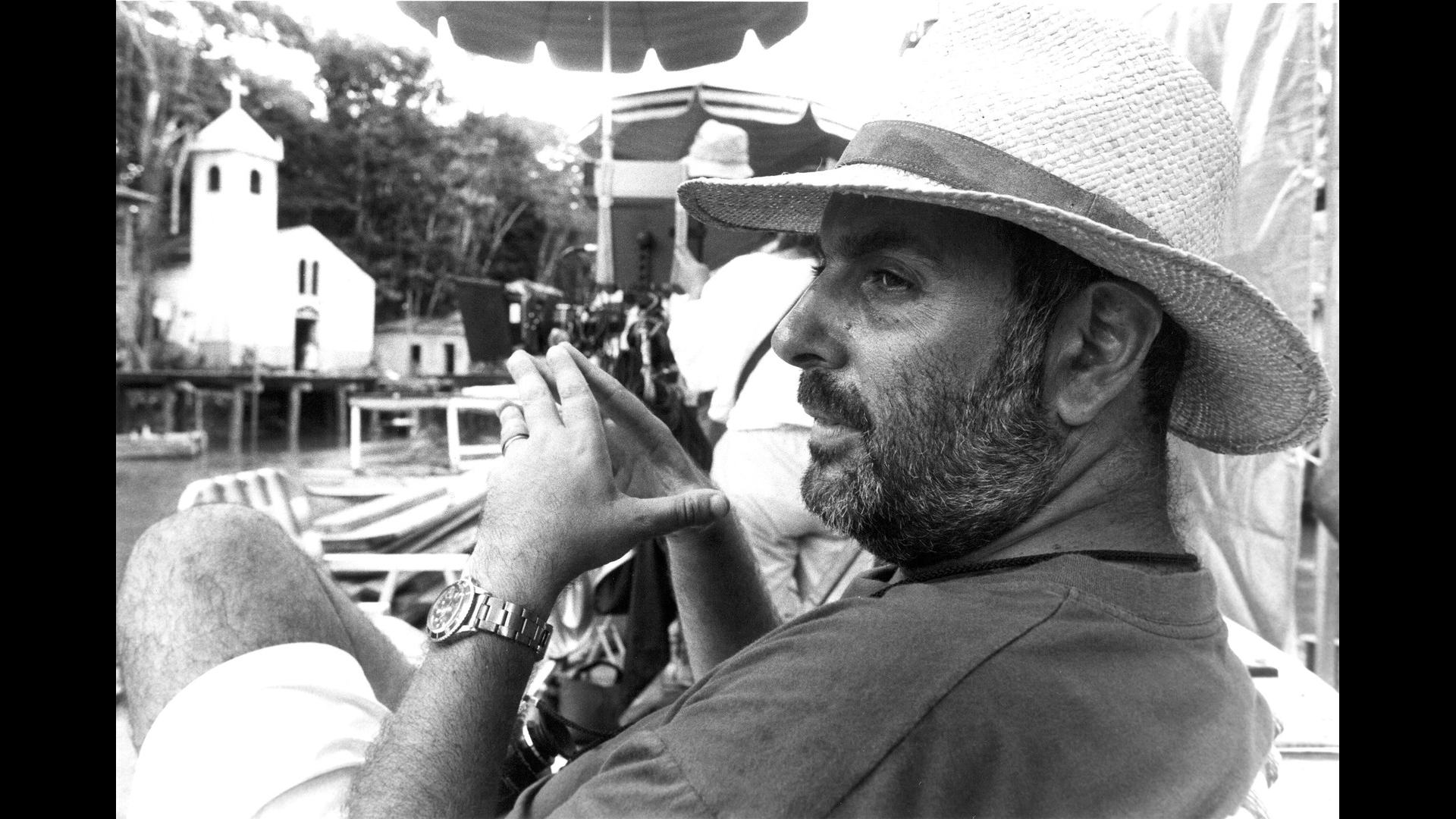 Babenco: Tell Me When I Die

Well known as the director of Kiss of the Spider Woman (1985), Héctor BABENCO was born in Argentina but mostly worked in Brazil and passed away in 2016. As BABENCO senses his own death, he requests his wife and cinematic companion Bárbara PAZ to direct a documentary. This film contains everything about him. The painful record of his last days fighting against cancer constitutes the main structure of the film and recollection of his films, memories with his friends, and thoughts on death are ad...
DirectorBárbara PAZ
Brazil 2019 74min DCP b&w feature Documentary 12
Korean Premiere 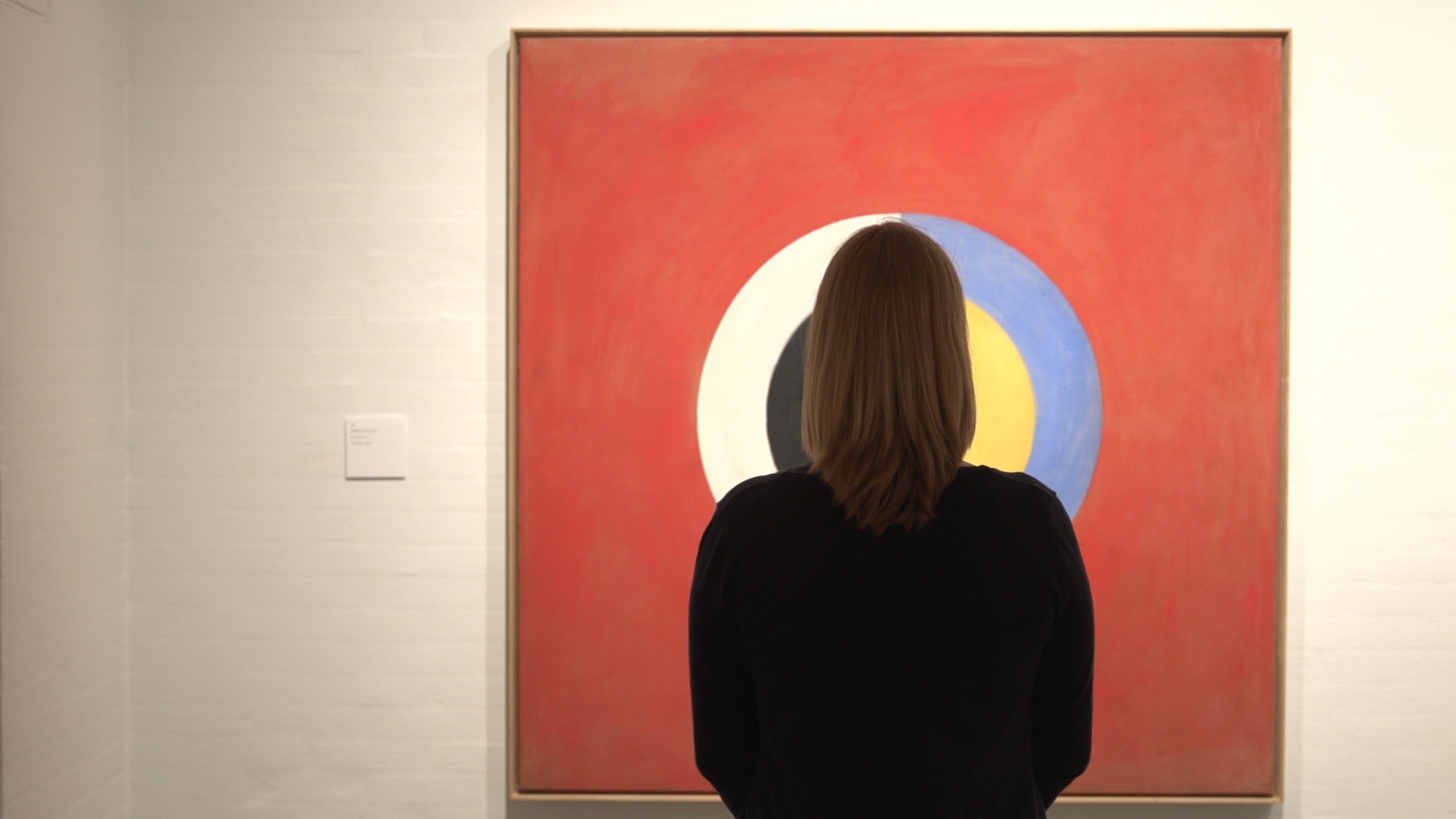 Beyond the Visible - Hilma af Klint

It’s not quite enough to describe Hilma AF KLINT just as an abstract artist which already existed before Wassily KANDINSKY. Women have been expected to be a man’s wife, mother, daughter, and even prostitute from art history. They had fewer opportunities for artistic participation than men. Hilma, against the gender role, made an artistic journey in pursuit of the invisible beyond the visible. The film kicks off with a concept to rewrite an art history. The film, based on her massive paintings an...
DirectorHalina DYRSCHKA
Sweden, Germany 2019 94min DCP color/b&w feature Documentary G
Asian Premiere 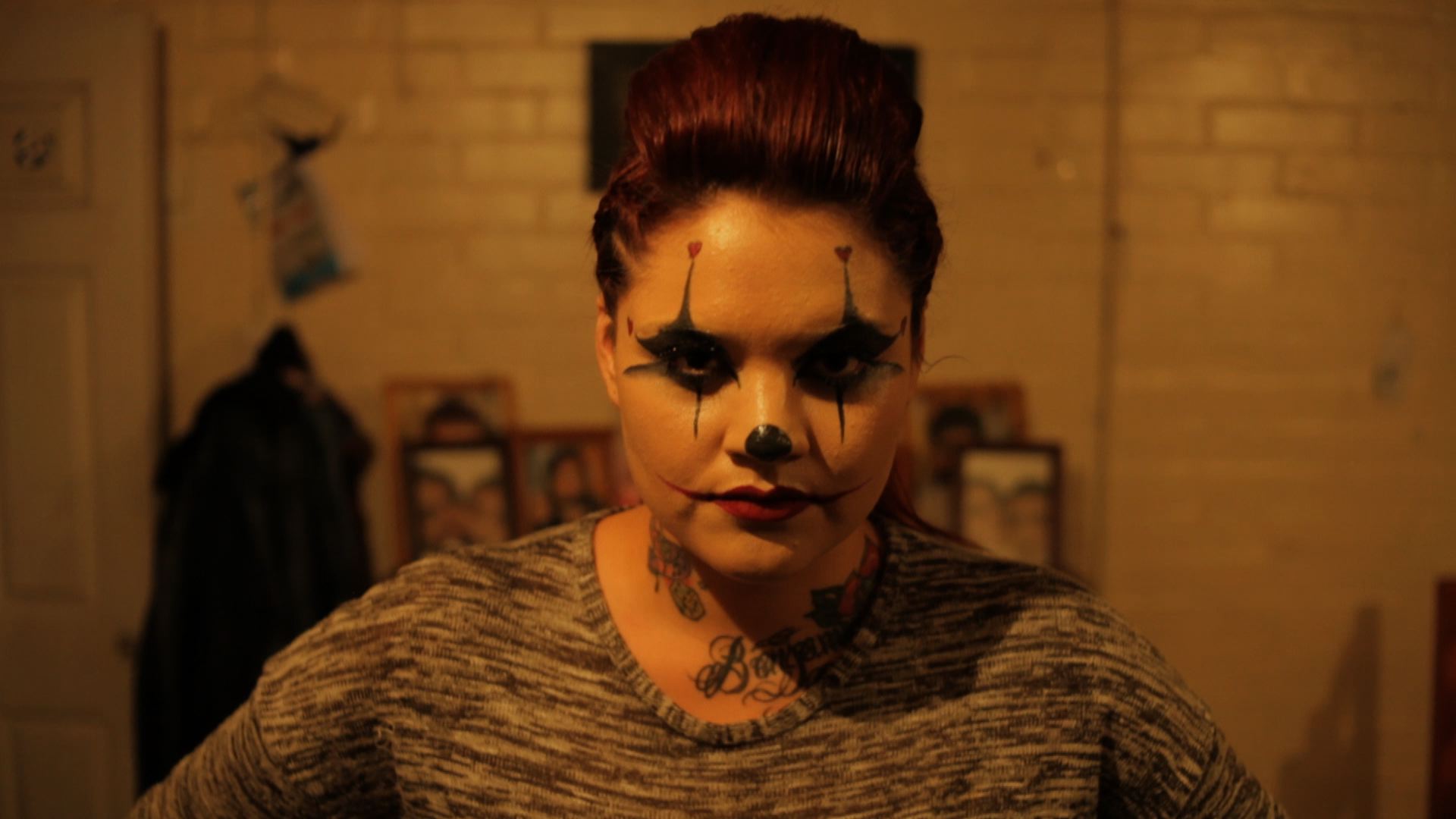 Carolina lives in Bajos de Mena, which is often called as the biggest ghetto in Chile. She makes her living out of taking photos and making videos. She streams live striptease shows to get more “likes.” She comes up with an alter-ego by dressing up as Harley Queen and tries to come up with more provocative and sensational themes to make her videos more popular. At the beginning, this film seems to test or push the ethical boundaries of viewers. Later, the film starts to reveal what is behind the...
DirectorCarolina ADRIAZOLA, José Luis SEPÚLVEDA
Chile 2019 101min DCP color feature Documentary 19
Asian Premiere 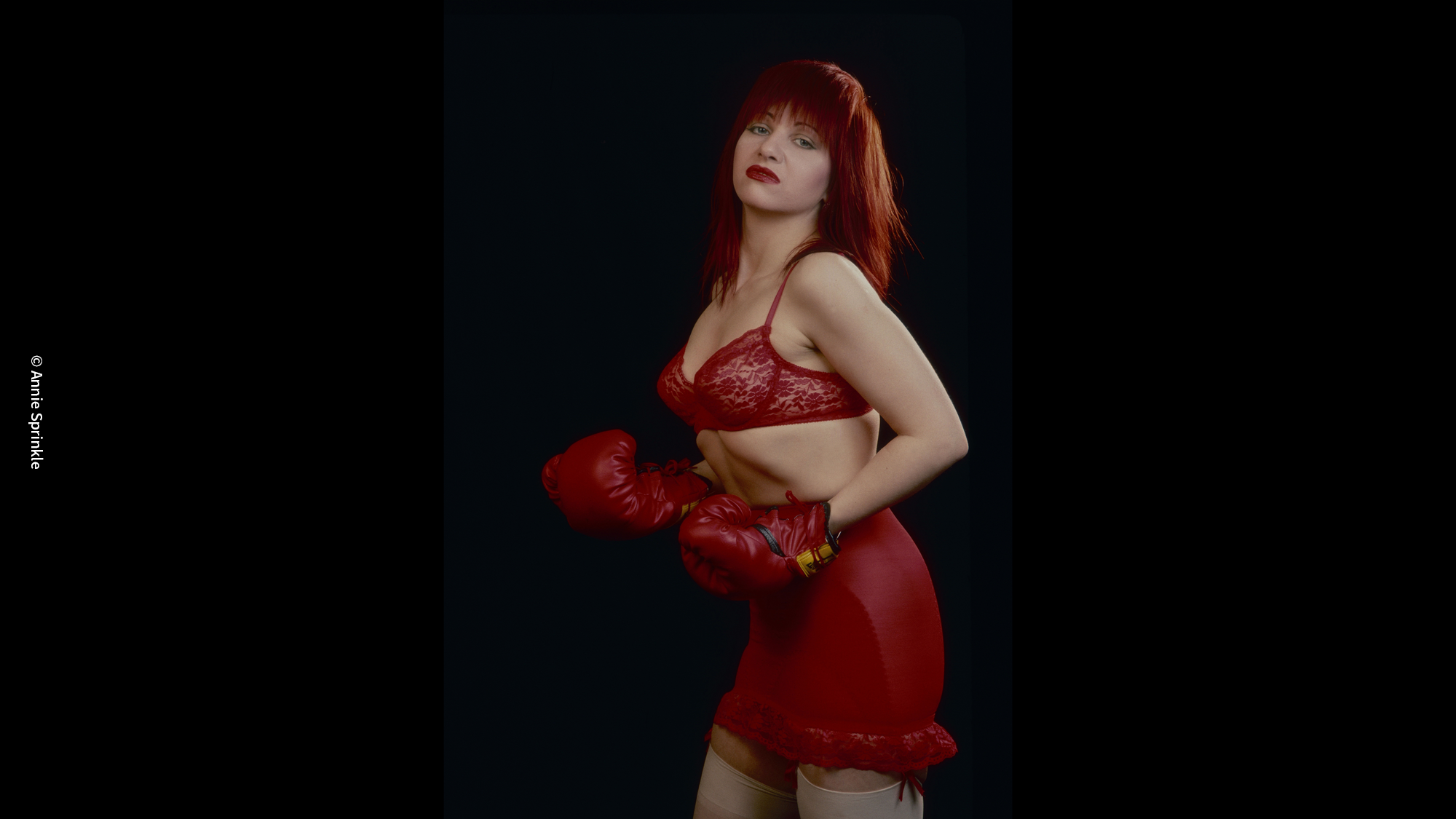 Lydia Lunch - The War Is Never Over

Lydia LUNCH is a No Wave icon from the 70s. She led the birth of the genre, fighting against all prejudices, any unwarranted privileges and powers. She firmly stated: “My language is not silence. My hope is my first grasp.” She is a performer and avant-garde artist who fought for woman’s right to choose. She also fought for those who are not gender-conforming. She is in her 60s and still plays and sings in her band. She has never stopped speaking her mind. That way, she feels that she is living ...
DirectorBeth B
USA 2019 78min DCP color/b&w feature Documentary 19 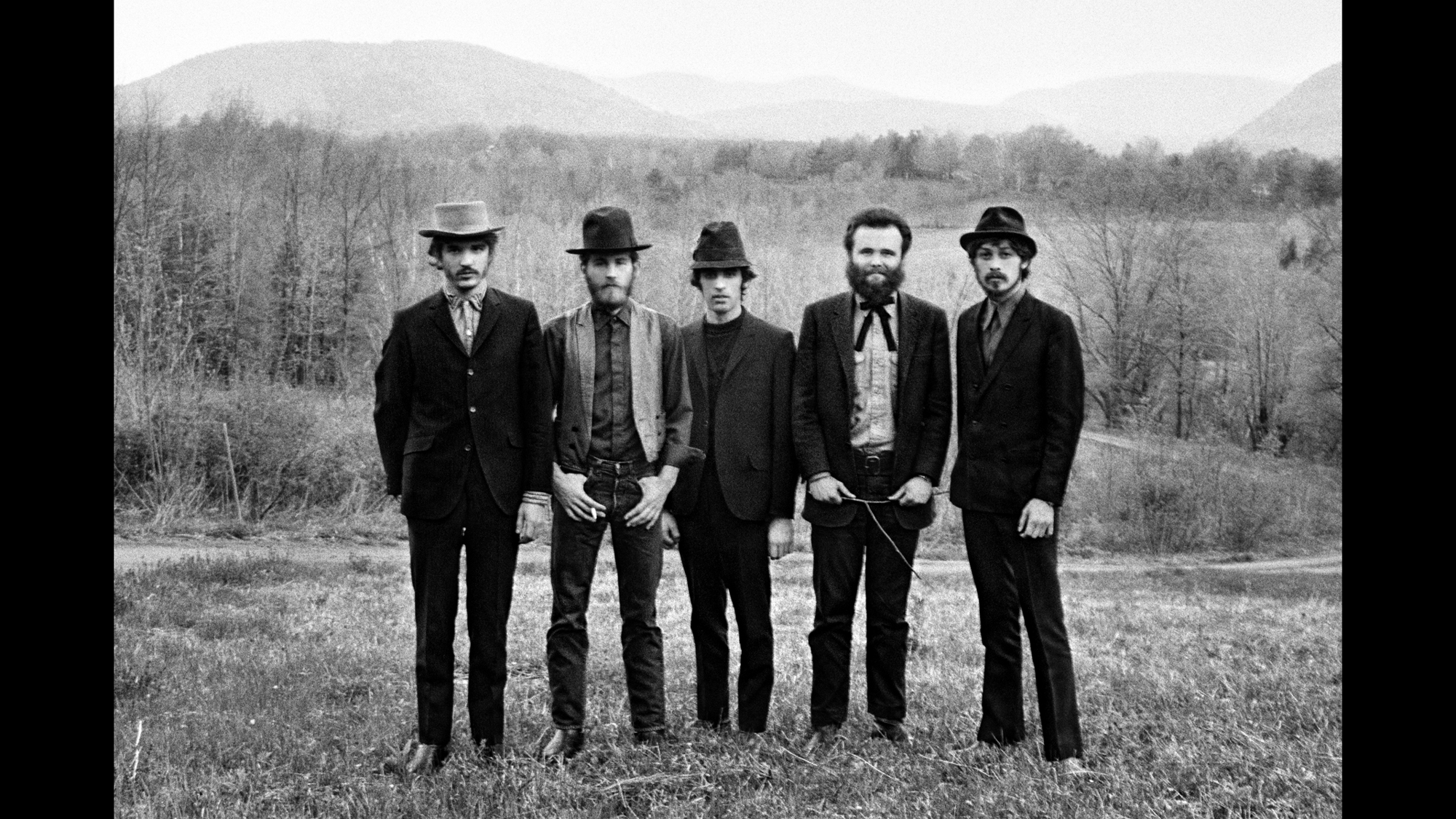 Once Were Brothers: Robbie Robertson and the Band

The Band was a Canadian-American group, who made mark on country rock history. From their debut album Music from Big Pink (1968) to their final concert stage recording, The Last Waltz (1976), their albums were very well received and influenced many musicians. Bob DYLAN hired them to play as a backing band, which helped them gain a reputation. Their debut album more than a success. Eric CLAPTON cited them as major influence and credited Music from Big Pink influenced his decision to leave his ban...
DirectorDaniel ROHER
Canada 2019 102min DCP color/b&w feature Documentary 12
Asian Premiere 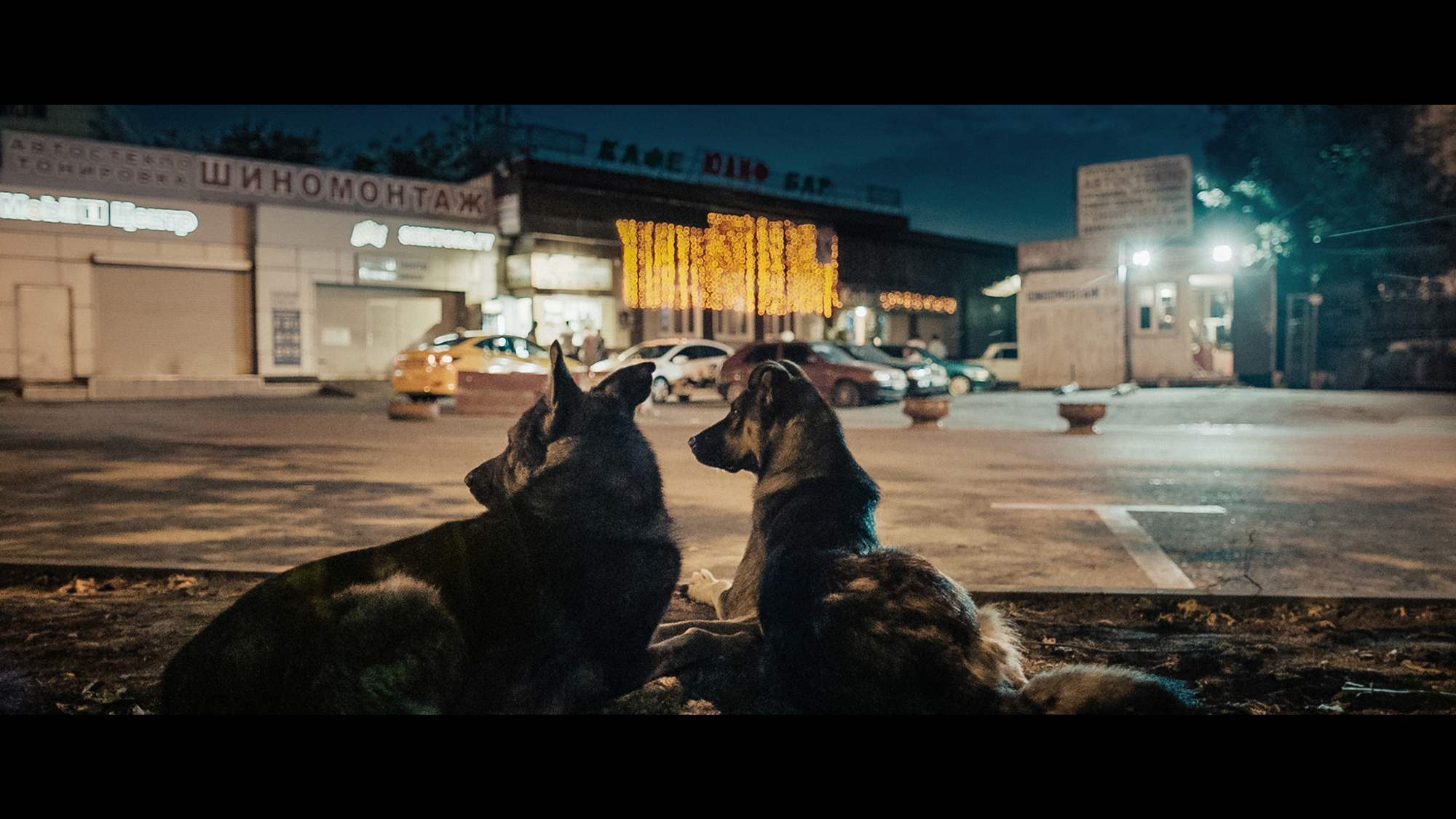 Laika, the first dog to ever go to outer space in the Soviet Union´s Sputnik 2 in 1957, didn’t make it back alive to earth. The dog that was picked while wandering the streets of Moscow ended up going into a spacecraft, and she died due to overheating while entering the earth’s orbit. This film is based on the urban legend that Laika’s ghost landed on earth like a comet, and is still wandering around Moscow. This poetic and essay-like documentary shows the lives of strays from the viewpoint of ...
DirectorElsa KREMSER, Levin PETER
Austria, Germany 2019 92min DCP color/b&w feature Documentary 15
Korean Premiere 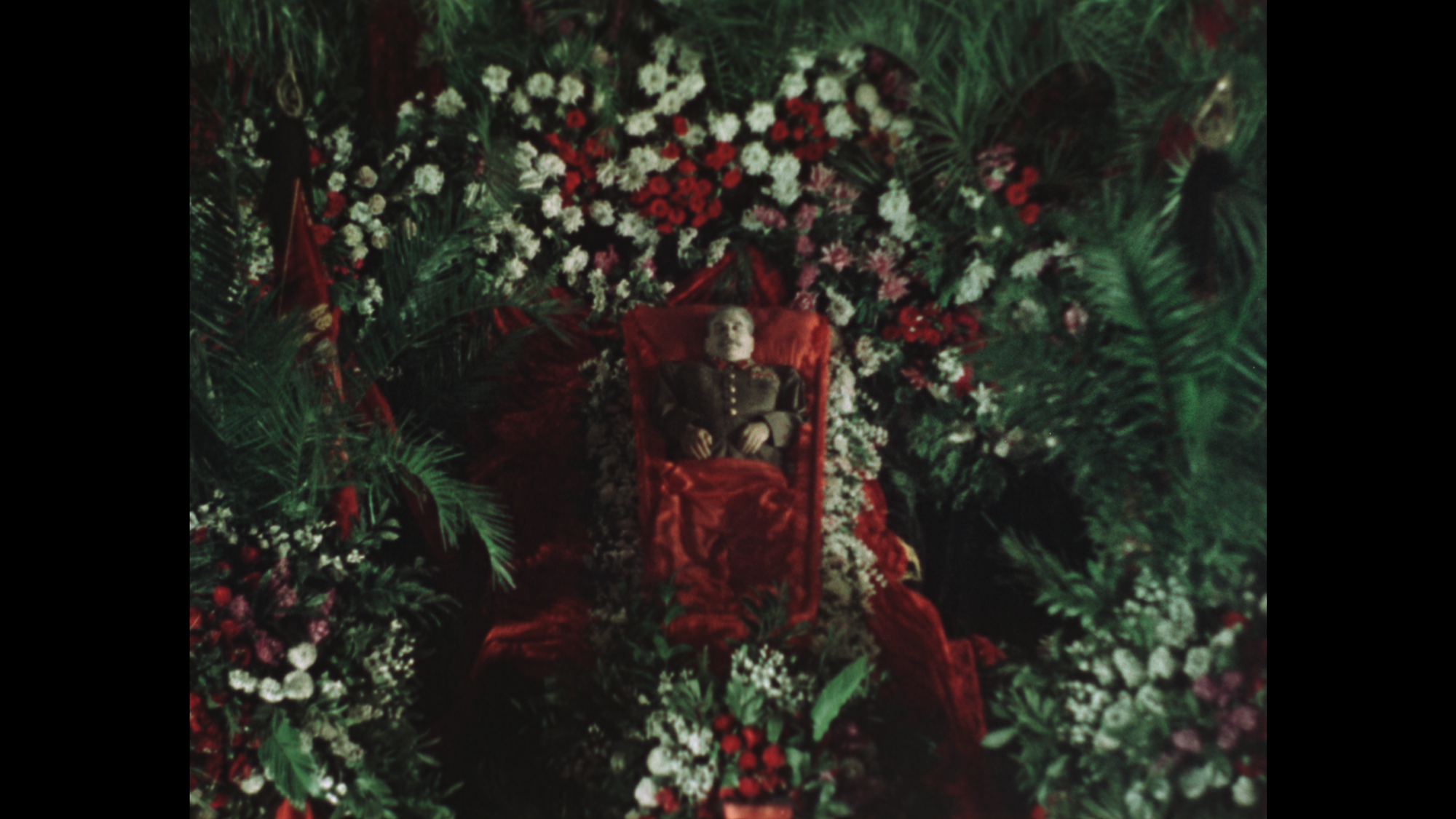 Joseph STALIN was the ultimate politician who led the Soviet Union from 1924 to 1953 and contributed to ending World War II in Europe. History also recalls him as a merciless killer who initiated the Great Purge. This film is a unique footage from May 3, 1953, presenting his funeral. The footage archive from the 50s have both black and white as well as color. It starts from Stalin’s passing with many stages of funeral, which is mostly unseen to many. The footage is rather calm in showing the peo...
DirectorSergei LOZNITSA
Netherlands, Lithuania 2019 135min DCP color/b&w feature Documentary G
Korean Premiere 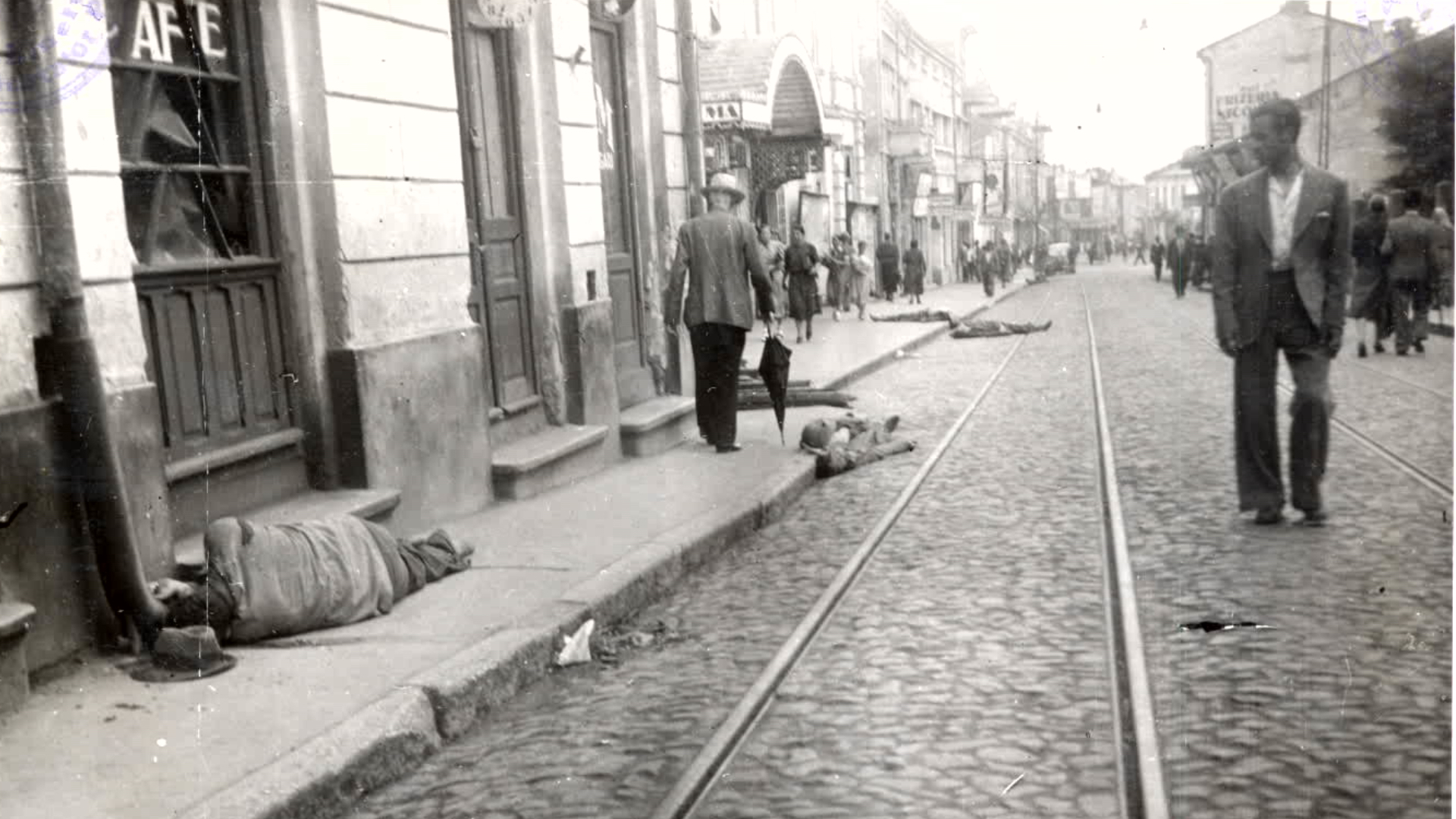 The Exit of the Trains

On June 29, 1941, more than 13,000 Jewish residents were slaughtered in Iași, Romania. At first, the Nazis and their collaborators shot them, but later decided to lock up people in a train cargo and asphyxiated them. The Exit of the Trains is a documentary film or Holocaust movie about the aforementioned, so-called Iași pogrom, a huge massacre against Jews in Romania. Directors Radu JUDE and Adrian CIOFLÂNCĂ share the testimonies of the victim’s family, friends, or neighbors, while showing t...
DirectorRadu JUDE, Adrian CIOFLÂNCĂ
Romania 2020 174min DCP b&w feature Documentary 12
Asian Premiere
Jeonju Office