F5 is unpredictable explicitly experimental film. Regarding the term in computer, ‘F5’ means ‘renew,’ likewise F5 gets into adjust and refine itself through a constant circle of repetition which corresponds to various styles of experiments. In the early part of the movie, the film itself speaks sophisticated thoughts through a man’s voice. ‘I want to live a life in the world for which I have longed, and cast off all hypocrisies and lies.’ Soon after an omniscient voice suggested this idea to which a few dozen people were listening, they begin to move on one by one. Each differently in disguised, they lead their episodes sincerely. In the film, there go total eight times of ‘F5: renewal.’ This consists of eight different stories and musical tunes, represents diverse kinds of problems Georgia has faced just as telling a fairy tale, diluting its seriousness simultaneously. An omniscient voice of man.or a director.focuses on historical, cultural, social and political problems that Georgia has inherited, asks shifts in our perception of reality. Thus this is a great epic fantasy, which is deeply moving and more beautiful than any other stirring up persuasions, embodying profound, provocative and comprehensive themes. 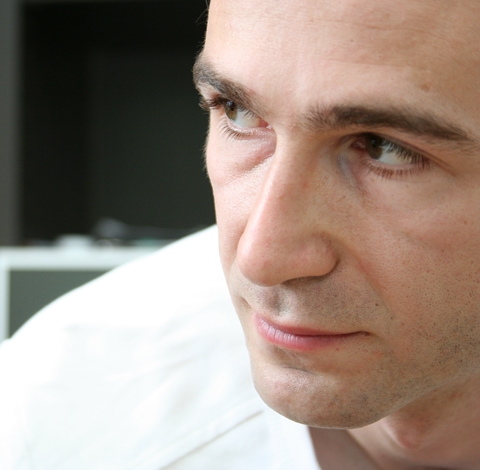 Alexander KORIDZE
Born in 1979 in Moscow, Russia. Alexander Koridze lives in Tbilisi, Georgia. He is an author and a director over than 30 documentaries. Last 5 years, he worked at major Russian TV channels (1 Channel, RTR, REN TV and others) as director. In 2012 he moved back in Tbilisi, Georgia. F5 is his first feature film.
연관작품 #코미디#가족 #성장