The film starts with Sekiguch Yuka by explaining her family through animated sequences. After Yuka heard her mother’s illness, he soon returns to Japan leaving Australia in order to look after her closely. His mother is in the early stage of Alzheimer’s disease. Her way of looking after her mother is somewhat special, that she made a self-documentary film of her to be growing worse from the beginning. Alzheimer’s disease is often found among seniors, but it is notorious for the seriousness that it causes severe memory loss and verbal and mental difficulties at the end. But Yuka considers it as the process of ‘ageing’, not as ‘illness,’ and records her mother’s every move happily and delightfully, from start to finish. Because of this the film shows ‘Alzheimer’s disease’ like a plain amusement in daily life, thereby it suggests a little opinion to the audiences that we might need to consider and respect the people who are suffering from serious illnesses, just as they are. Yuka’s daily life is so much cheerful that doesn’t seem like a life of person whose loved one is fighting against a severe disease, therefore it asks us to take in the term ‘ageing’ as it is, shaking off its gloomy context. 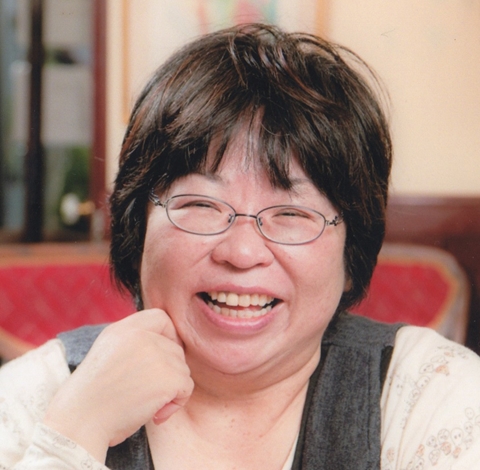 SEKIGUCHI Yuka
Sekiguchi Yuka was born in 1957 in Yokohama, Japan. She went to Australia to study International Relations in 1981 but became a filmmaker instead. After three documentaries, Senso Dauthers (1990), When Mrs. Hegarty Comes To Japan (1992), Fat Chance (2007) for 29 years in Australia, Yuka returned to Japan to live with her mother with Alzheimer’s in January 2010. She began filming her and finally completed Everyday Is Alzheimer’s in April 2012.
연관작품 #코미디#가족 #성장