James Benning’s last 16mm film RR (2008) is the most beautiful ‘train film’ since the Lumieres L’arrivee du train a La Ciota (with all due respect to Jean Renoir’s La Bete Humaine(1938) and Ozu’s trains). In 2007, he was asked to make a film in Germany’s Ruhr District, and traveled there the following year with his new Sony EX-3 HD camera. Ruhr is not only his first digital film but also his first film shot outside of the US. This film consists of only seven fixed long-take shots depicting various subjects: train cars passing through a tunnel, a steel-making factory, a woods near the Dusseldorf airport, a mosque, a man removing graffiti from a sculpture, a street and a grand coke-processing tower. (The hour-long last shot seemingly inspired by Andy Warhol’s Empire (1964).) But Ruhrcould also properly be described as a purely ‘suspense(ful) movie’ in the true sense of the word, because of the highly-charged tension that mounts through a prolonged stasis in which neither the presence of a particular event nor the arrival of an imminent future seems to exist. Subsequently, even a trivial change in the image or a barely perceptible detail can become an ‘event’ to which we must devote our attention. The impact of even the smallest event, however seemingly trivial - like a passing car, or the wind stirring leaves, or steam leaking from a grand tower etc. - leaves the viewer buffeted by a storm of overwhelming power. 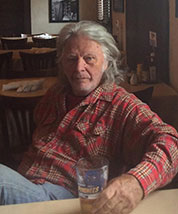